The Godzilla Calsonic Legend tee is an homage to the Group A Nismo Calsonic BNR32. Made from super smooth and comfortable cotton touch polyester jersey ensures that the print shouldn’t fade after washing. All tees are quality printed, cut, and hand-sewn. 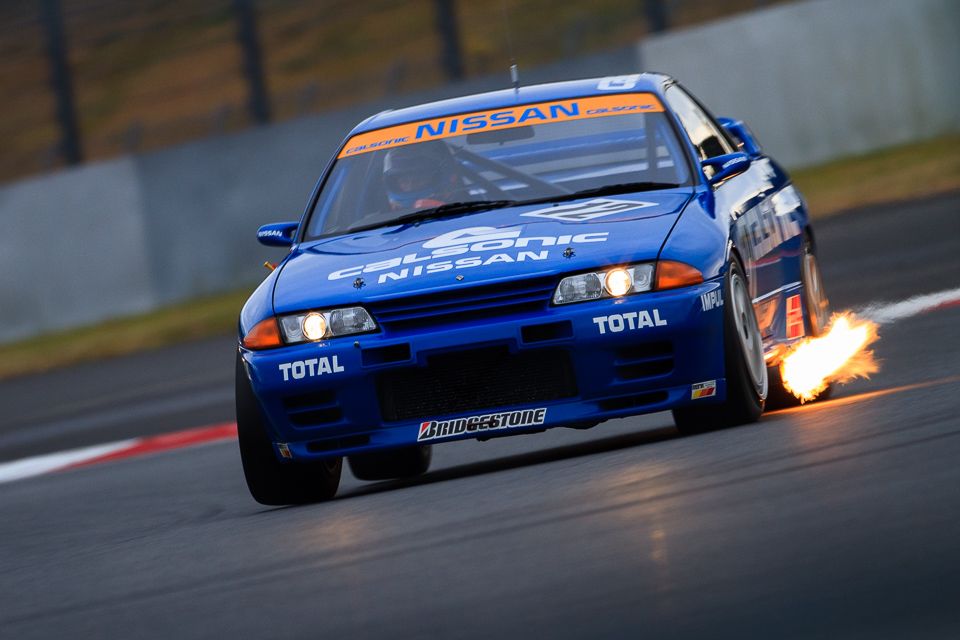 One of Nissan’s main intents when building the R32 GT-R was to win Group A races. Group A race cars were normally based on production cars with at least 5000 units produced over a 12-month period, but regulations included a supplementary clause that allowed for an “upgraded” model, as long as at least 500 of the road-going versions were produced during the year.

Enter the Nismo GT-R. In 1990, Nissan marketed 500 limited edition GT-Rs under the Nismo banner. Nismo was Nissan’s motorsports and aftermarket division. The biggest difference between the stock GT-R and the Nismo was that the latter had a metallic turbocharger instead of a ceramic one. Nissan developed the car as a Group A racer, entrusting it to drivers Masahiro Hasemi and Kazuyoshi Hoshino.

The R32 GT-R performed impressively on the track as expected, beating its main rival, the Ford Sierra RS500 Cosworth. The 542 HP generated by the twin-turbocharged inline-6 was distributed to all four wheels that accounted for excellent grip on all types of road surfaces. Hoshino in the blue Calsonic GT-R thrilled fans with his intense racing style of catching air over the corner curbs. From the first race of 1990 to the last of 1993, the R32 GT-R won all of its 29 Japan Touring Car Championship races, with the Calsonic Skyline claiming 15 of those victories.

There are no reviews yet.

Only logged in customers who have purchased this product may leave a review.

There are no inquiries yet.